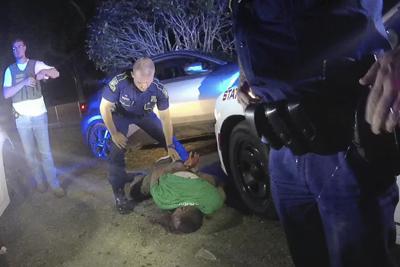 NEW ORLEANS (AP) — In perhaps the strongest evidence yet of an attempted cover-up in the deadly 2019 arrest of Ronald Greene, the ranking Louisiana State Police officer at the scene falsely told internal investigators that the Black man was still a threat to flee after he was shackled, and he denied the existence of his own body camera video for nearly two years until it emerged just last month.