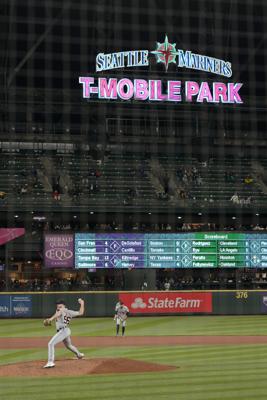 SEATTLE (AP) — Spencer Turnbull pitched the fifth no-hitter in the majors already this season, sending the Detroit Tigers to a 5-0 victory over the Seattle Mariners on Tuesday night.Turnbull, who led the big leagues with 17 losses two years ago, had never gone more than seven innings in any of his previous 49 starts over three seasons.

With hits now scarce, no-hitters on the rise

Titans agree to deal with Falcons for Julio Jones