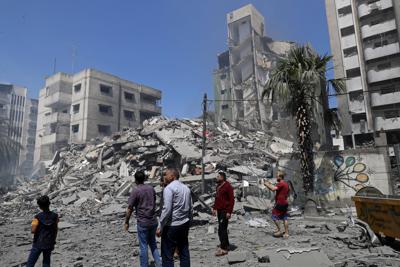 GAZA CITY — Israeli warplanes have unleashed a series of heavy airstrikes at several locations of Gaza City.Explosions rocked the city from north to south for 10 minutes early Monday.The airstrikes were heavier, on a wider area and lasted longer than a series of air raids 24 hours earlier in which 42 Palestinians were killed.