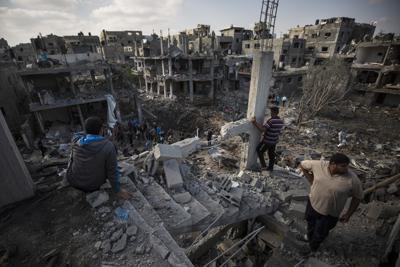 JERUSALEM (AP) — Just after midnight Friday, the Israeli military put out an ominous statement to the media: “IDF air and ground troops are currently attacking in the Gaza Strip.”The terse statement set off frenzied speculation that Israel had launched a ground invasion of Gaza — a much-feared scenario that would mark a bloody escalation of this week’s operation against Hamas militants.